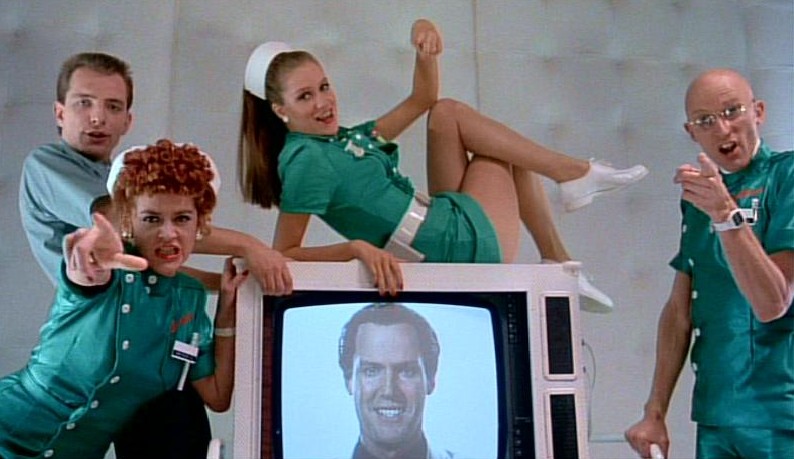 Jessica Harper deserves all the love.

She starred in two great mad musicals, Phantom of the Paradise, and this demented sequel to The Rocky Horror Picture Show.

Plus, she once gave me an autographed photo, which puts her in an exclusive club with Sandra Bullock, Karen Allen, and Milla Jovovich.

In Shock Treatment, which never gets the respect it deserves, she inherits the role of Janet from Susan Sarandon, and makes it hers.

Belting out sly tunes, one hip twitch at a time, she anchors a giddy assault on our brains that always leave me with a huge smile.