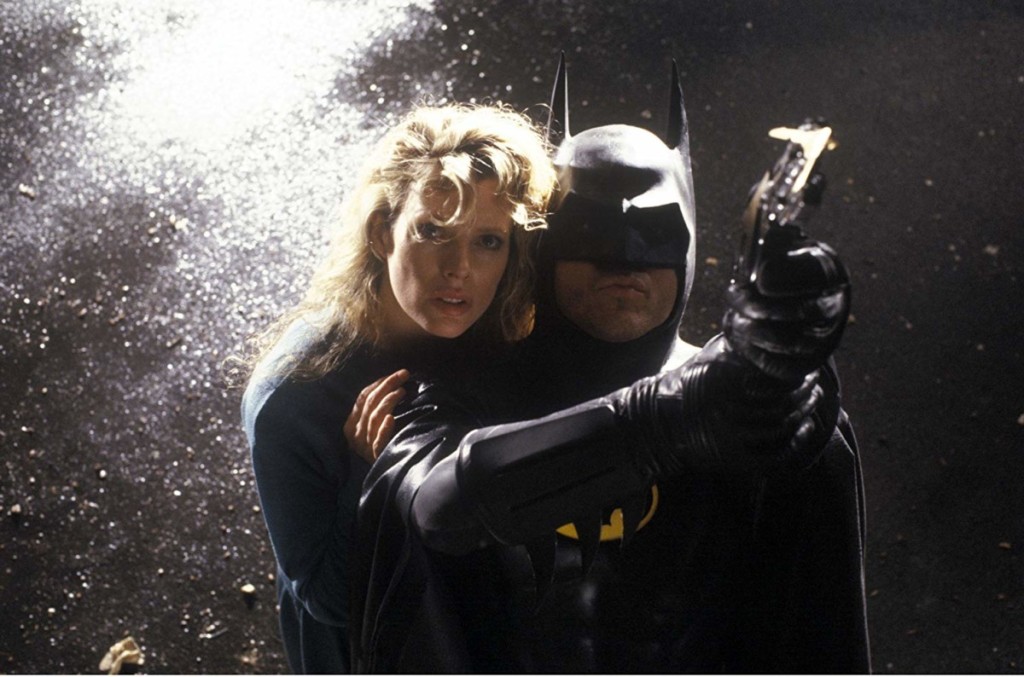 The only film to inspire me to craft a home-made t-shirt.

Using markers and blank white shirts, I produced one with Batman, and a second one featuring The Joker.

Hitting in 1989, when I was 18, this was also the first film to get me to camp out in front of the theater for hours to be first in the door.

Then I returned another six times, captivated by Michael Keaton’s transformation from a wild-eyed comic to a steely vigilante, Jack Nicholson’s giddy mania, and the way Kim Basinger … wore a dress.

I’m a simple man, then and now.