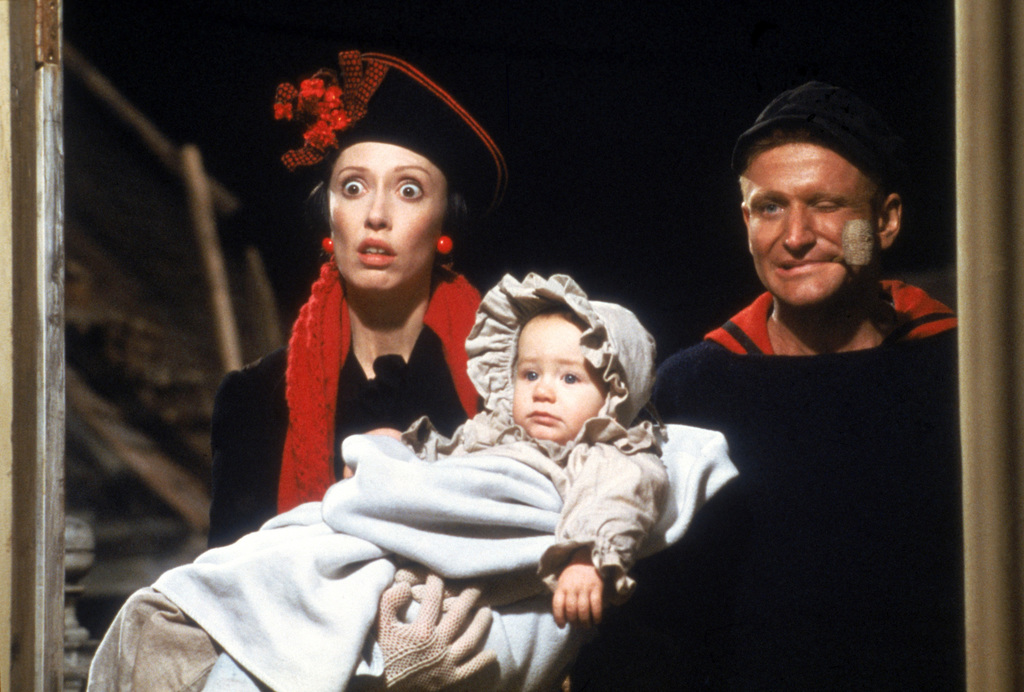 I yam what I yam.

Rockin’ pumped-up biceps, a squint, and a corn cob pipe, Robin Williams mumbles and bumbles his way through a musical comedy which, despite what you think you remember, was NOT a box office dud.

It actually made back more than double its budget.

Robert Altman’s slightly-twisted take on the cartoon icon is the kind of film which attracts a small band of super-enthusiastic fans, including me.

Not everything works, but what does is often inspired, with Shelly Duvall a particular delight as Olive Oyl.

Take a second look – it’s better than you might remember.