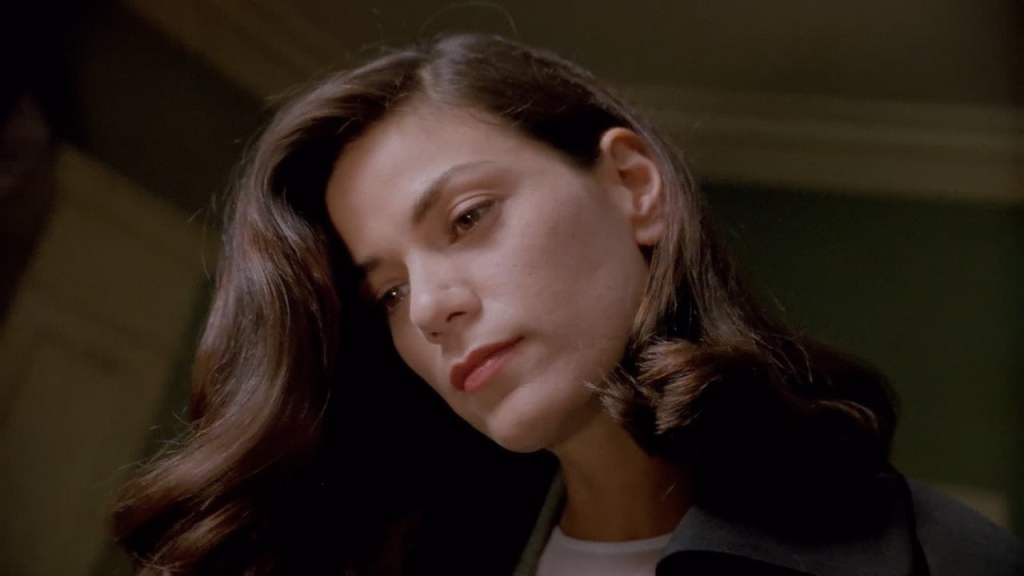 She likes her men stupid.

Linda Fiorentino chews people up and spits them out in this dark-edged neo noir, which captures her in her full ’90s glory.

Spittin’ out dialogue with a throaty rumble, her eyes flashing icy disdain — even in her comedies — she was a firecracker, then vanished.

Fiorentino’s last hit theaters in the underrated 2000 Paul Newman bank robber flick Where the Money Is, and doesn’t have a film credit at all since 2009.

What a shame, because she was electric.

This film, which lets her prowl like a panther, staying bad-to-the-bone from fade-in to fade-out, is Exhibit A.