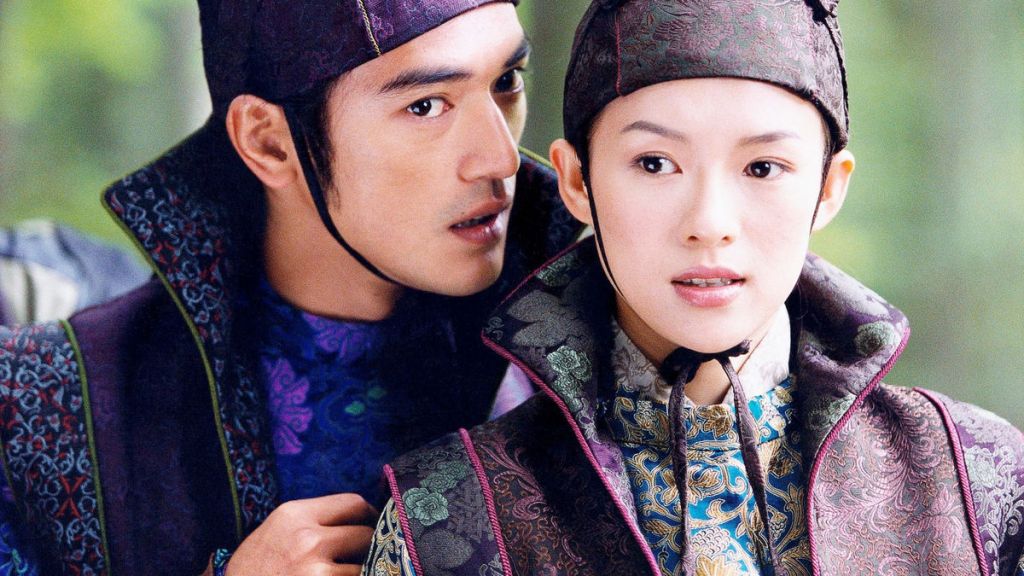 A feast for the senses.

Zhang Yimou’s epically-beautiful tale centers on a love triangle which blossoms during an ongoing war between a corrupt government and a band of plucky freedom fighters.

Mixing eyeball-popping martial arts showdowns with swooning romantic moments, all captured in the most-vibrant color scheme you can imagine, it’s the sort of film which redefines the word lush.

Like the film she anchors, she’s gorgeous, deadly, and tragic in equal measure.