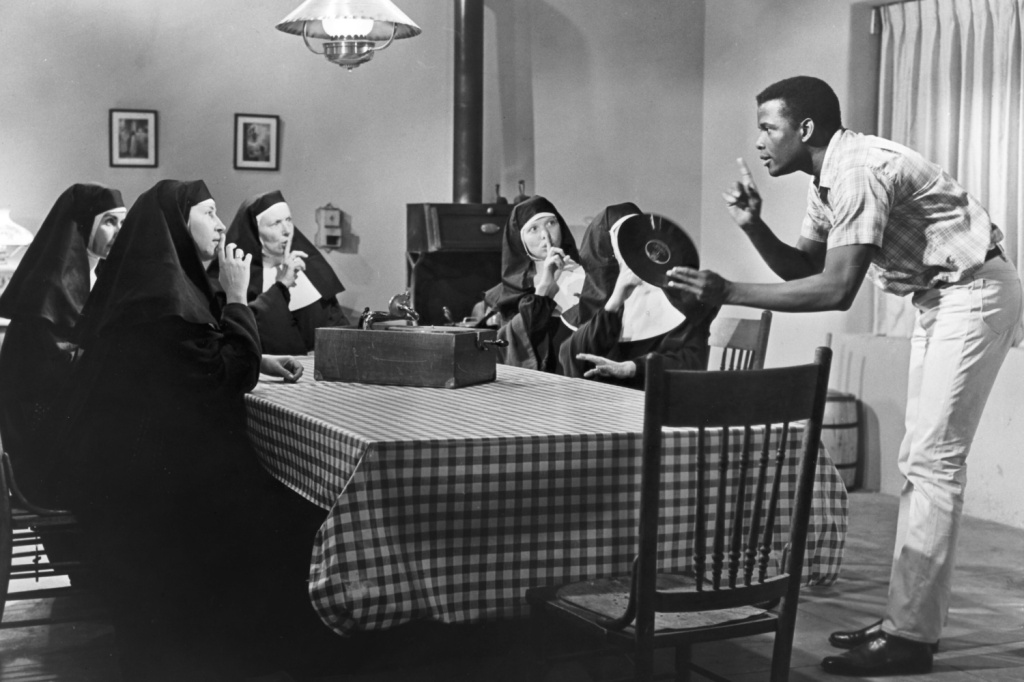 One of the last “old Hollywood” legends still living (he turns 94 next month), Poitier was honored by the Academy for this gentle ’63 tale of a wanderin’ man who lands among a pack of nuns, changing their lives.

Handy with a hammer, he finds himself building a chapel, while verbally dueling with the flock’s Mother Superior (Oscar nominee Lilia Skala).

Simple, yet stirring — a landmark in cinema history.