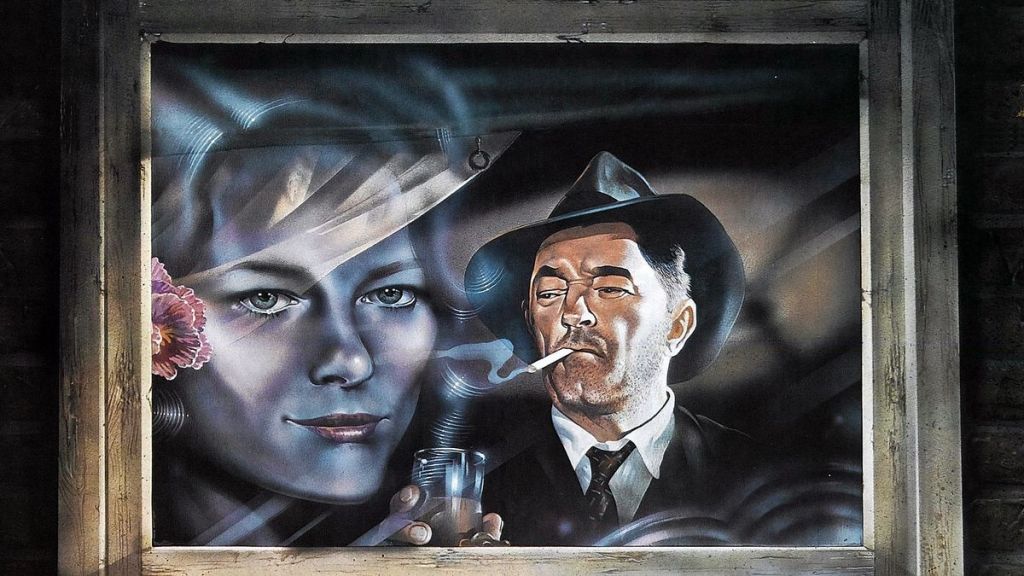 Nobody does it better.

A cigarette on the lips, a glass of booze in one hand, a gun in the other, Robert Mitchum wears the rumpled suit of a world-weary PI like a second skin.

This mid-’70s film, set in 1941, follows along as our battered ‘n bruised hero tries to figure out why dead bodies keep popping up everywhere he goes.

The complex plot, which ties together neatly in the final moments, is courtesy Raymond Chandler.

Bonus points for catching an early Sylvester Stallone cameo, but it’s Mitchum, his voice laced with melancholy, who stands tallest in the dark night.